In his role, Benjamin works with the rest of the team to process feature customization, as well as functionality maintenance and repair.  Benjamin specializes with Salesforce’s Lightning Experience Development, Customization, and Component configurability.  Through the use of the newer Salesforce DX tools and other utilities, he will assist in the development of an easily applicable library of configurable Lightning components.

Since highschool, Benjamin’s interest in computers and development has only grown.  Graduating from Finger lakes Community College in 2016 with his associates degree in Computer Science, Benjamin now attends the Rochester Institute of Technology as a full time student in the five year Computer Science program.  Benjamin sought the junior developer position at Red Argyle to expand his knowledge and experience of an enterprise application of computer science, and to put his best foot forward in the vast world of development.

Over the recent years, Benjamin has grown with many technologies ranging from coding C programs in editors as simple as Vim, all the way to full stack website development.  Benjamin has a wide variety of tools in his handy belt of development, and only seeks to gain more knowledge and experience with the years to come.

In his down time, Benjamin enjoys building custom computers and repurposing older computer components for other projects.  He also loves to explore other technologies such as household automation utilities, and often works with his siblings on different projects.  When Benjamin isn’t around technology (which is rare) he takes pleasure in spending time with his family, two cats, and outdoor activities like running, biking, and climbing. 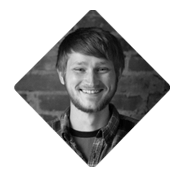